Microsoft Surface Neo: The convertible with two displays - tablet and display in one? | nextn.xyz |

Microsoft Surface Neo: The convertible with two displays - tablet and display in one?

Yesterday there was a little surprise to see, namely the Surface Neo. This is mistaken by many for a foldable smartphone - but it shouldn't be. All the details. 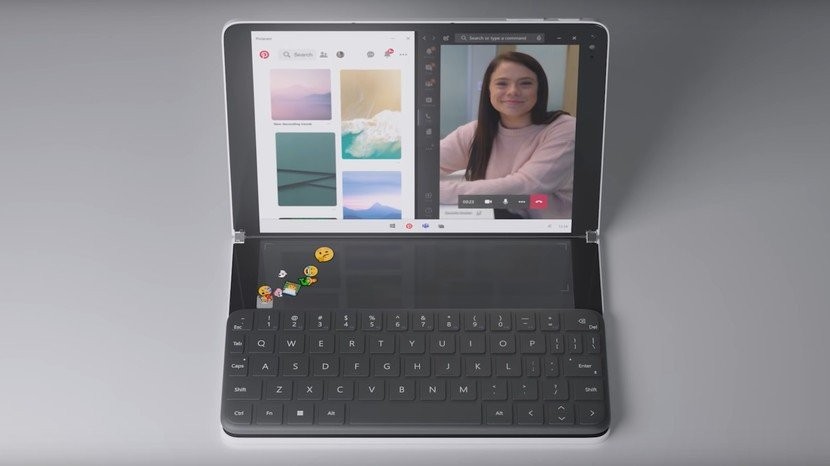 Nowadays, with the tablet, notebook and smartphone market overcrowded, it's not really easy to stand out. That's why Microsoft presented an unexpected device yesterday. The first of these is the Surface Neo - a display with two halves that can be folded together. There was also a smartphone.
Surface Neo: Tablet, display, smartphone in one?

Currently the "Surface Neo" is called the new Microsoft phone - but that's wrong. The new smartphone from Microsoft is the Surface Duo, which we introduced in this article. Exact technical data were not yet available - the aim was to give an outlook on what is currently being worked on. The two displays should be flexible enough to be set up as a laptop with keyboard and touchpad, tablet or tent.
Microsoft Surface Neo

The Microsoft Surface Neo as a laptop? Go! (Picture: Microsoft)

The displays are each 9-inch large and have a 360-degree hinge. The device, which weighs 655 grams, will run the operating system "Windows 10X", which will be used on mobile devices in the future. From the end of 2020, the device should be available there for the Christmas business - so far, it will probably be folded a bit, so that there are no problems like with the Samsung Galaxy Fold 😉

Currently there are no comments, so be the first!